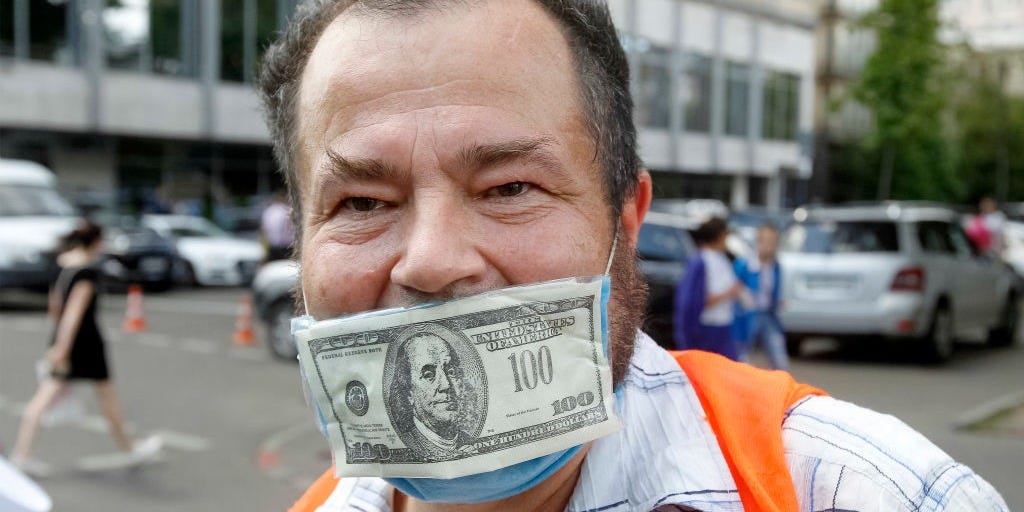 The US dollar is in for an unpleasant quarter, according to a currency strategist who believes the “stars are aligned against” the world’s reserve currency.

The ability of the US government to fight the pandemic as successfully as other countries is acting as a drag on investor confidence in the dollar, Win Thin, global head of markets strategy at Brown Brothers Harriman, told CNBC on Thursday.

“This is one of the rare occasions when Europe will actually outperform the US,” the strategist said in a CNBC “Trading Nation” interview. “The stars are aligned against the dollar.”

The dollar index, which measures the performance of the dollar against six major currencies, has lost 7% over the last three months, falling to its lowest in over two years, while gold, which tends to profit from dollar weakness, has gained more than 30% in this time to hit record-highs above the $2,000 mark.

“I do suspect given the cyclicals, we’ll test the downside of that range, and for the dollar index, that’s around 88,” he said. “So, we’ve got some ways to go.”

It was in April, when the Federal Reserve began to pump trillions of dollars into the economy to limit the damage from the pandemic, that Thin turned bearish against the dollar.

But he does not believe the weakening in the dollar will be long-lasting, as there’s an ongoing debate over whether it’s a “structural or cyclical decline.”

“The Fed is being much more aggressive than other central banks, and the US economy is likely to underperform in the coming months due to the pandemic. So to me, that’s a cyclical issue,” he said.

Not everyone agrees on how long the world may see a weaker dollar.

Another strategist at Citigroup said last month that the dollar “could enter into a bear market that could last for five to 10 years.”

Goldman Sachs too has said how some countries’ strong fiscal positions and smooth reopening have created attractive opportunities to short the dollar.

The US healthcare system and its profit-driven nature have hampered its ability to fight the pandemic, according to a number of economists.

The US is projected to suffer the biggest increase in economic misery this year, as inflation slows and unemployment spikes, according to Bloomberg’s Misery Index, which tracks 60 economies around the world.

The country dropped to No. 25 from No. 50 alongside Israel, Iceland, and Panama.

ROME -- Rafael Nadal's first tournament in seven months ended with a 6-2, 7-5 loss to Diego Schwartzman in the quarterfinals of the...
Read more
Sports Headlines

Trevor Bauer took his never-ending trolling of the Houston Astros to another level Saturday.For his outing against the Chicago White Sox, the Cincinnati...
Read more

ROME -- Rafael Nadal's first tournament in seven months ended with a 6-2, 7-5 loss to Diego Schwartzman in the quarterfinals of the...
Read more
Sports Headlines

Trevor Bauer took his never-ending trolling of the Houston Astros to another level Saturday.For his outing against the Chicago White Sox, the Cincinnati...
Read more
News

Trump has approved a deal between Walmart, Oracle and TikTok so the app won’t be banned

President Donald Trump said he has approved a bid by Oracle and Walmart to take over TikTok's U.S. operations in a move that would mean the app beloved...
Read more
Tech

We're watching the Marvel movies in order for a series of regular features. Check out our previous pieces on Iron Man and The...
Read more
Load more

ByteDance: TikTok data safe from China because it’s stored in US

Billionaire Mark Cuban says he scored a 1,000% return on Netflix...