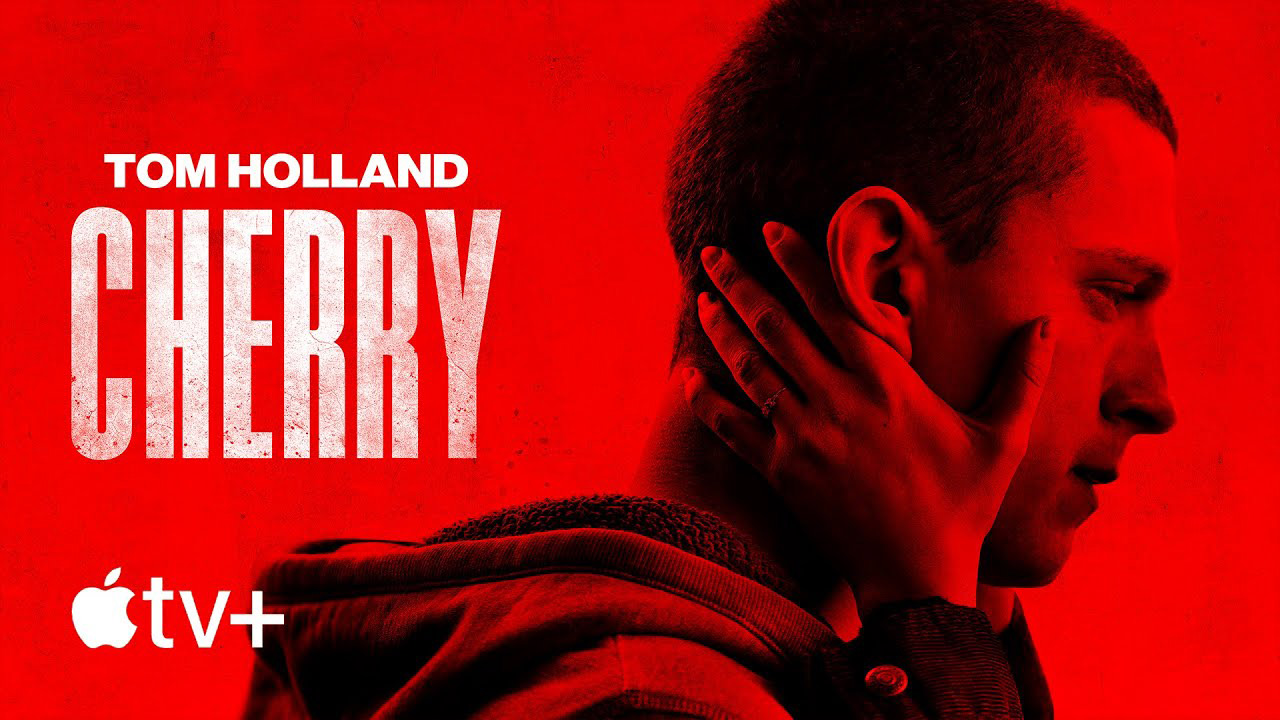 Following their box office-smashing mega-hit Avengers: Endgame, director siblings Joe and Anthony Russo have once again taken up directing duties with Cherry, an Apple Original crime thriller which reteams the pair with Spider-Man himself, Tom Holland.

Now, Apple has released its first official trailer for the film, which has received an American R rating for “graphic drug use, disturbing and violent images, pervasive language and sexual content”.

Described as “an epic odyssey of romance, war, drug addiction, and crime”, the film sees Holland play a young man who “struggles to find his place in the world.”

Admittedly, it’s a little hard to get a read on the film based on this trailer, which changes tone repeatedly during its 2 minute and 54 second runtime.

It’s clear that the Russo brothers are not suffering from a shortage of ambition with Cherry, though it remains to be seen whether the film will come together as a cohesive whole.

It’s also worth mentioning that Cherry will be the first Apple Original movie to release in theaters since The Banker, which came out on March 6, 2020 – right before the pandemic threw the whole theatrical model into turmoil.

Samsung will gradually remove chargers and earbuds from future phones

Charles Geschke, co-founder of Adobe and co-inventor of...

what we want to see | TechRadar

The Pandemic Proved That Our Toilets Are Crap

How to Schedule Emails and Texts on Google...

New iPad Pro will launch with something the...