UFC legend BJ Penn was involved in another bar fight in Hawaii — this time, the 40-year-old was sprawled out on top of another man raining down punches and TMZ Sports has the video.

There are 2 footages, one B.J. Penn getting knocked out when the fight spilled into the street.

Another one where B.J. finish up his opponent.

Jay Dee “B.J.” Penn III is an American professional mixed martial artist and Brazilian Jiu-Jitsu practitioner. Penn debuted and competed in the Ultimate Fighting Championship, and later in K-1. Prior to fighting for the UFC, he became the first American Gold medalist of the World Jiu-Jitsu Championship 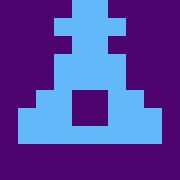 Is this for real?

Sally Field: How her pluck won her role in “Lincoln”