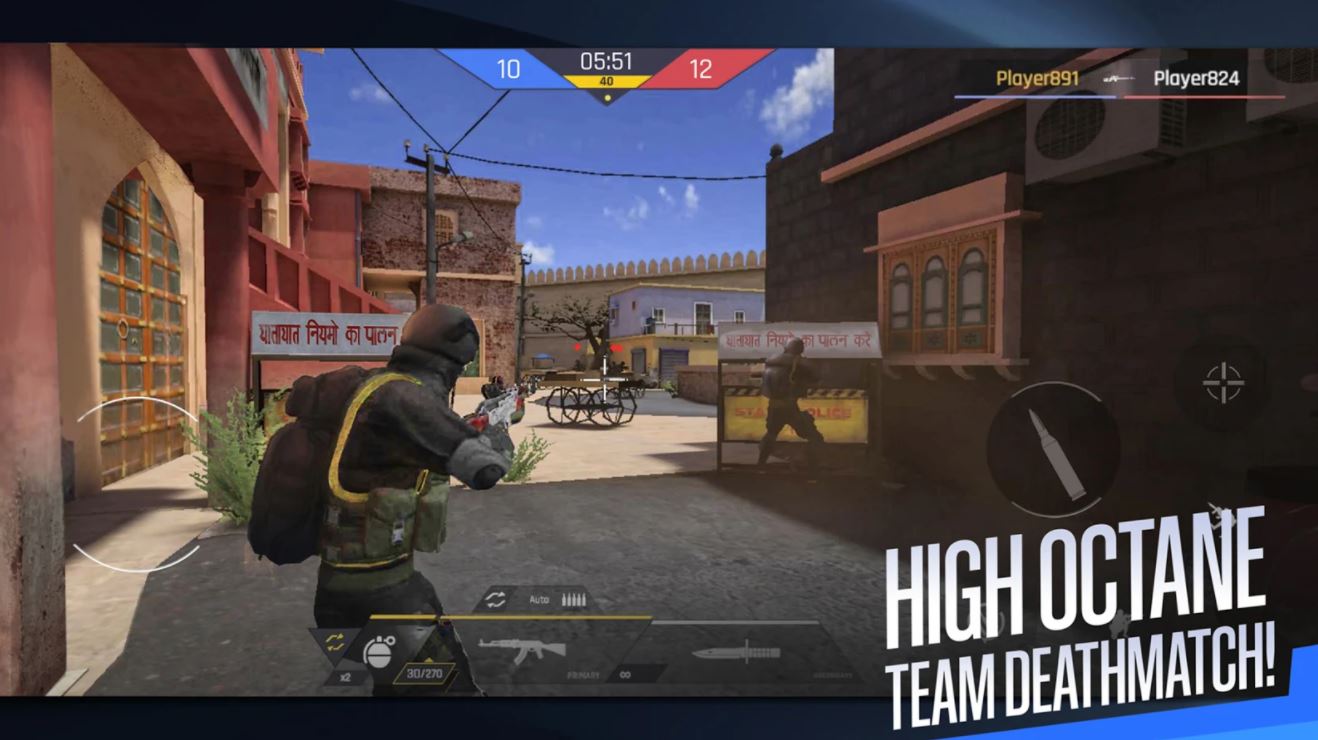 The developers have not made this available in the same game, rather a different one that has the name FAU-G: Multiplayer. This is currently on the Google Play Store.

The description on the Google Play Store page of FAU-G: Multiplayer (Early Access) mentions that this is offer both the campaign mode or the team deathmatch mode where a team of five will go up against against another team of five players.

This new update also brings guns and rifles to the game. To win a match the a team has to get 40 kills before the opposing team. Or if the time runs out, then the team that has the maximum kills will be declared the winner.

The first TDM map of the game is Bazaar which is a sub-urban environment, coupled with ample cover and vantage points says the developers. The action takes place in the first-person perspective mode. But that does not mean there is no possibility of a Third Person Mode in the upcoming update.

There are grenades and explosives available in this mode as well. This was confirmed in the trailer and for weapons, we see a variety of rifles in the trailer which include some auto-rifles, DMRs and sniper rifles. One Bullpup style rifle also has a suppressor mounted on the muzzle. Besides these, there are mounted knives and independent ones as well as handguns.

One of the sequence in the trailer shows a character vaulting over an obstacle which indicates that the developers listened to the players and could be adding a jumping or vaulting mechanism to the game.

For what it’s worth, the developers seem to have listened to what the critics of the game had to say. And with this update, the game could potentially look very different and change what the critics thought about it initially.

How remote working has transformed the telco...

Snapdragon 888 Plus shows up on Geekbench...