Oculus Gaming Showcase: how to watch the VR event, and what we want to see 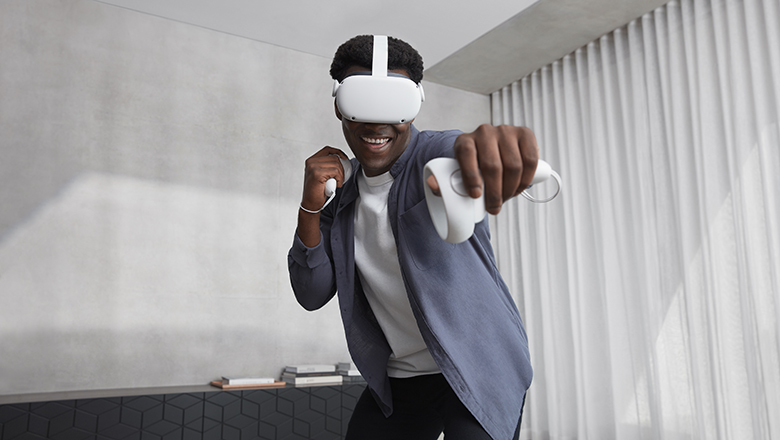 Strap on your headsets and steel those stomachs – Facebook has announced an upcoming Oculus Gaming Showcase on April 21 (that’s today for those of you without a calendar) focusing on all the new and improved titles coming to its Oculus Quest and Oculus Quest 2 virtual reality headsets.

Since it’s the first time Oculus has held an event that will apparently focus solely on the gaming software side of its business (rather than also talking about new hardware), it’s set to be an exciting glimpse at what’s next for the platform, following a great year of sales for its standalone headset.

Here’s everything you need on how to watch the Oculus Gaming Showcase.

How to watch the Oculus Gaming Showcase

The Oculus Gaming Showcase will take place on April 21, at the following times depending on your location:

You can tune in on Twitch, Facebook, and YouTube, and we’ll also be hosting an embedded video of the livestream right here once it becomes available, so bookmark this page for easy access at kick-off.

Being the first ever games-focused Oculus event, we’re pretty confident that Oculus isn’t going to say much about new hardware. It would be weird to stress that this is a gaming showcase and then to spill the beans on new hardware. But with Mark Zuckerberg having already revealed that the Oculus Quest 3 is in development, there’s still an outside chance that it will be talked about in some small capacity.

There are a few things we know will be making an appearance. Oculus has revealed that Lone Echo 2, the sequel to one of the most impressive VR games out there, will be getting some time in the spotlight, following Facebook’s purchase of its developer Ready at Dawn last year. First person arcade shooter Pistol Whip is also getting some time at the event – though as a readily-available title we’re expecting that to be a look at new DLC. The continuation of the Star Wars: Tales from the Galaxy’s Edge series is expected to be revealed, too.

Oculus is promising some “surprises” though too, so what could they be? We’d like to see the next chapter in the Jurassic World: Aftermath stealth game – designed as a two parter and currently awaiting a release date for its concluding section. It’s a bit like Alien Isolation with dinosaurs, but would benefit from more interaction with other grandpa-birds alongside the starring velociraptors.

We’d also be keen to see some more on Facebook Horizon, the virtual reality social hang out space. We’re not sure yet if it truly qualifies as a “game”, but it’s Facebook’s big hope for bringing together the social elements it built its fortune on with a free-roaming virtual reality experience. This one’s a big deal, and we’re yet to see as much on it as we’d like to.

Asus Zenfone 8 Mini could be smaller...

How to Protect Your Files From Ransomware